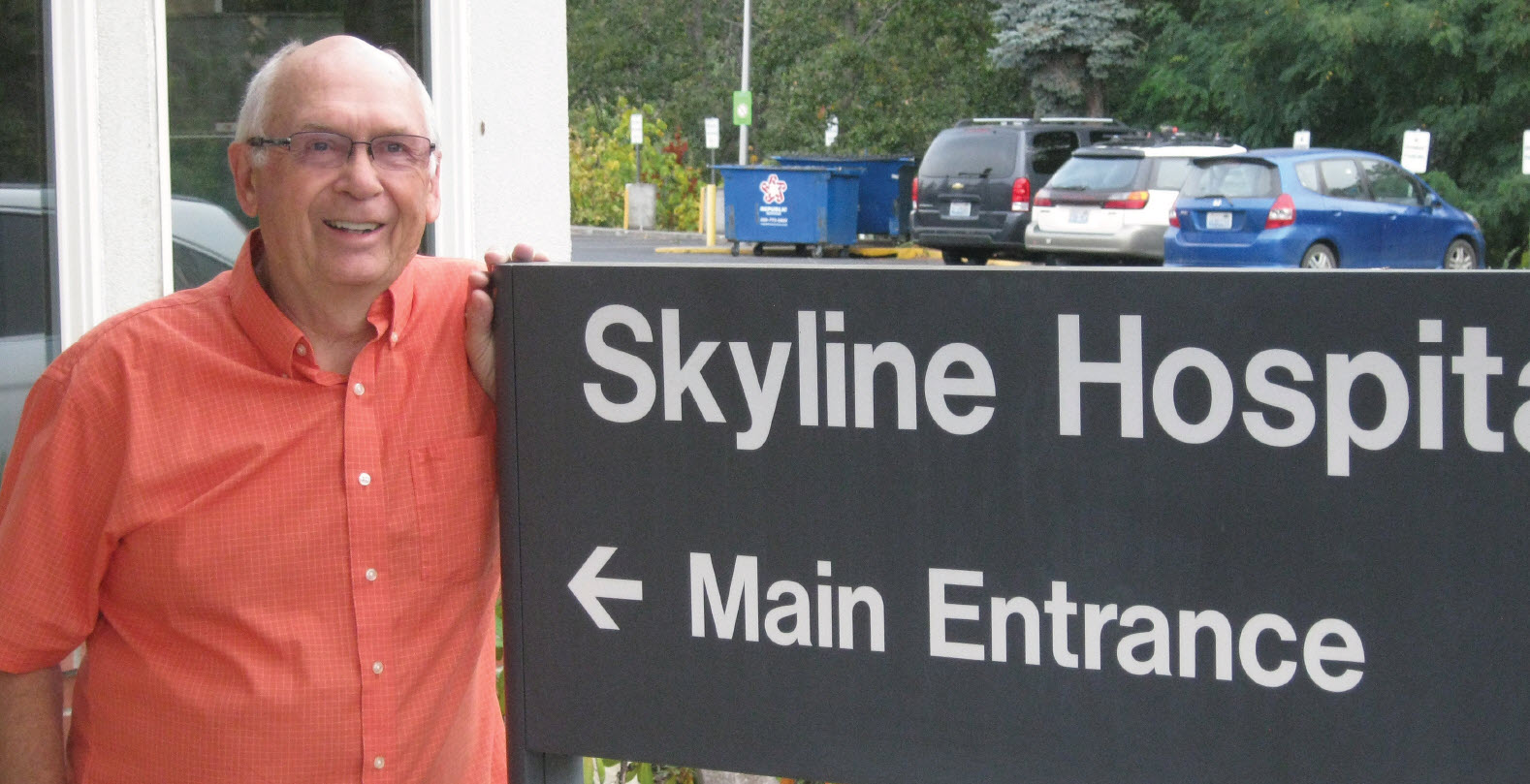 It was a Thursday morning, when Skyline Health Board Commissioner Les Dewey developed abdominal pain. He was pretty sure his symptoms were just the stomach flu given one of his grand-kids had just recovered from it. However, when Saturday arrived and the pain was steadily increasing, he was having second thoughts. “After two days, I was experiencing a dull pain in my upper abdomen, which eventually became very sharp,”Dewey said. “The flu was no longer a possibility.”

Dewey made an appointment with his primary physician, Allen Labarge, M.D., at NorthShore Medical Group on Monday morning. After receiving an examination, numerous tests and a CAT scan, it was discovered his appendix had ruptured and immediate attention was needed to control the potential infection. After the possibility of infection was eliminated, it was decided surgery was necessary. General Surgeon, Jeffrey Mathisen, M.D., performed Dewey’s surgery at Skyline Health. “I knew I was in the best of hands,” Dewey said.” I trusted everyone around me to provide the highest quality of care and this is exactly what I received. From the admitting staff to the surgery team to the person who wheeled me down the hall, I was treated with dignity and respect. At a very stressful time, I was held up by the strength of others – it felt wonderful to be so compassionately cared for. It was also amazing that after arriving at the hospital at 6:30 a.m., I was home by noon.”

Today, Dewey is back to his normal self and continues his community service to Skyline. “My experience at Skyline was extremely positive,” he said. “I was thrilled to be able to have the option to stay in my hometown and receive care from the best in the business, Drs. Mathisen and Labarge. Both are warm people and have a wonderful bedside manner. They provide care you can’t beat!” As a Skyline Health Board Commissioner and patient, Dewey knows the importance of having health care close and personal. “It’s one of the reasons I serve on the board,” he said “I believe we have a responsibility to be responsive to the changing needs of our community. It’s our job. It’s why we’re here.”